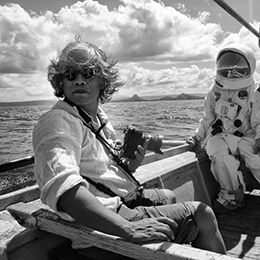 Emmanuel Tolentino Santos is a photographer based in Melbourne, Australia. His extensive travels inform his photographic essays, which focus on diaspora and ancient cultures. His portfolios speak to this, through visual interpretations of themes, stories, and myths from communities across the world. Santos began his career as a photo essayist for the United Nations High Commission for Refugees. He moved to Australia in 1982 and had since then worked on numerous projects and publications.

2006  The Passing of Light- Monash Gallery of Art, Australia